Securing the funding needed for sustainable development by involving as many actors from different sectors is more urgent than ever, amid a widening “trust deficit” between the haves and the have-nots, the UN Deputy Secretary-General said on Monday. 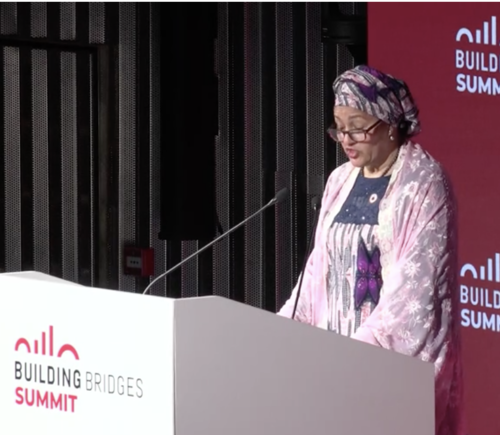 This story was originally published on UN Geneva website

Securing the funding needed for sustainable development by involving as many actors from different sectors is more urgent than ever, amid a widening “trust deficit” between the haves and the have-nots, the UN Deputy Secretary-General said on Monday.

Speaking at the Building Bridges Summit for sustainable finance in Geneva, Amina Mohammed urged all those present from Government, the private sector, international organisations and civil society to do more to push ahead with a common investment framework to improve people’s lives everywhere.

“We need more ambition, more action, more scale, greater urgency in delivering the 2030 Agenda and the Paris Agreement – and we certainly need more fuel, more financial resources and more investments,” she said. “The good news is that we already have a shared narrative or a linguistic bridge in the 2030 Agenda. But we still face a mismatch of metrics and languages between diplomacy and business; public and private actors.”

Representing the Swiss federal government at the summit’s second iteration, Finance Minister Ueli Maurer highlighted its potential for concrete action, along with the need to be inclusive and transparent in the way that sustainable financing is handled.

According to the summit’s organisers, between 2019 and 2020, sustainable investment rose by 31 per cent in Switzerland, to over 1,500 billion francs.

In addition to highlighting opportunities for investors and fund managers, it is hoped that the summit will contribute to creating an ordered and common approach to “net zero” financing, said Patrick Odier, President of Building Bridges initiative and chair of Lombard Odier bank:

“We are trying actually to bring capital closer to the whole array of the Sustainable Development Goals, i.e. to try to find not only bridges - but to be concrete - instruments, metrics, methodologies that allow capital not only to set targets in certain areas that are covered by the SDGs, but also to be measurable in terms of reaching all those targets that I have said. And this is where finance is at this very moment.”

Mr. Odier also responded to the call to end subsidies for fossil fuel industries to create a level playing field for renewable energy investment: “We all know that we have to deal with these issues of subsidies, but finance itself is not at the helm of addressing this issue,” he said. “What finance can do is basically ask the Government to play its role when it comes to trying to address the fossil industry and of course the emission problematic.”

He added: “That’s what we want to do here, discuss what can we do directly or indirectly as a financial sector if you take this industry for example, this fossil industry, to make sure we accelerate the transition towards renewable, and perhaps we pick the low-hanging fruits of stopping perhaps financing certain types of damaging industries, that we can allow ourselves to stop without creating too big collateral damages in the short-term.”

Highlighting the convening ambition of the summit at Geneva’s Maison de la Paix, Deputy Secretary-General Mohammed listed the issues that she hoped the week-long summit might address: “We need the private sector and its leadership to unlock resources for key transitions in sustainable energy and connectivity, food systems, health, education, social protection, digitalization. Innovative instruments including blended finance can all play an important role, but we need to massively scale-up that delivery.”

Despite the fact that there was the “leadership”, “expertise” and “tools” to achieve so much, Ms. Mohammed warned that “the truth is that the trust deficit is widening in our world”.

And amid World Health Organization data showing that more than 80 per cent of COVID-19 vaccines have gone to G20 countries and low-income countries have received just 0.6 per cent, the UN deputy chief maintained in particular that “we have not been able to rise” to the global solidarity call.

“Until everyone gets the vaccine, we will all be at risk, and we will not be able to take the SDGs to where they ought to be by 2030, she said. “For many, the health pandemic has been a tragedy, particularly in developed countries, but for developing countries it has a socio-economic impact that will take so much longer to recover from. And so, we need the urgency of the investments in climate action, which will have multiplier effects on the SDGs.” 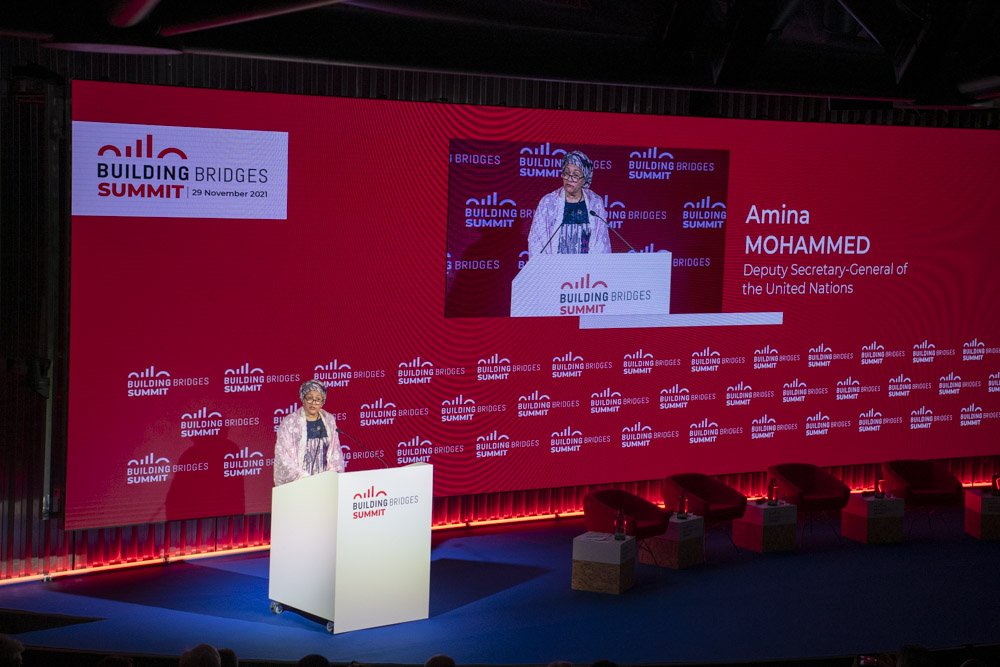